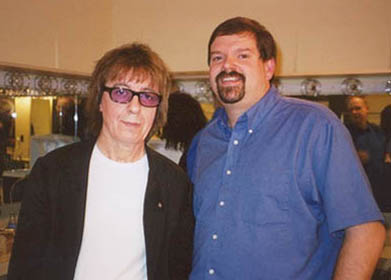 Biography
Timothy Tilghman envisionied RockonTour for the Concertphile.
Music enthusiasts who enjoy live music and going to concerts
participate in the Concertphile community.

Education
Timothy Tilghman earned his Master of Arts degree in 2002.
RockonTour was originally conceived as a final thesis concept
and is now an active online live music resource for fellow Concertphiles.

Experience
Timothy Tilghman has over two decades of experience attending live music concerts.
He has traveled across the U.S., Canada, the U.K., and Europe to attend concerts.
Tilghman participated in a Mass Communications Internship as an undergraduate student
with the campus newspaper composing concert reviews, and later as a Graduate student.

Syndication for broadcast on RadioRockonTour
RadioRockonTour for radiophiles anticipates an engaging format broadcast
specifically for the Concertphile community.

RockonTour ™
Is a pun on the French word Raconteur - one who travels and tells stories.
RockonTour.net has been quoted online as a live music resource
and receives e-mail enquiries from all over the globe.