Sir James Paul McCartney, Gemini, born June 18, 1942. McCartney began his musical career having been invited to join The Quarrymen, John Lennon's skiffle band. Lennon and McCartney met July 1957 in Liverpool. The Quarrymen would record one original song together before morphing into the world famous moptops better known as The Beatles.

McCartney composed a song in his teens as a lark for his father James, "When I'm Sixty-Four", that would eventually be recorded and released on Sg. Pepper's Lonely Hearts Club Band in June 1967. Now on the eve of his 64th Birthday, Sir Paul has survived to enjoy the irony of his humorous composition, recorded almost 40 years ago.

When He Turns Sixty-Four 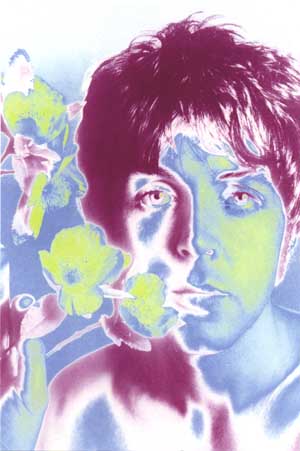