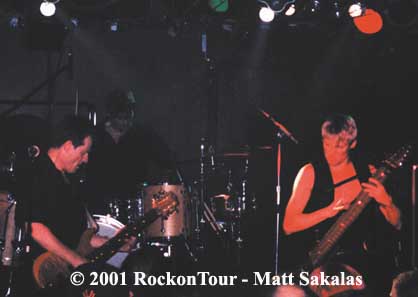 Joined by Nick Beggs, formerly of Kajagoogoo, playing Chapman Stick, and Terl Bryant on drums, this powerhouse trio truly kicked out the jams on stage. Jones played a multitude of musical instruments on stage including mandolin, multi-neck guitar, piano, slide guitar, and bass guitar to name a few.

Jones brought his three-piece act to Daytona's in Rivera Beach, Maryland, on March 30, 2000. The standing-room-only crowd was very respectful of the legendary bassist and in awe of the full sounding performance this three-piece unit delivered.

With minimal stage lighting and few special effects, the mighty trio pounded out melodic rhythms in a powerful, professional performance. The band played selections from both of Jones' solo releases as well as classic Led Zeppelin tunes. The audience was literally moving and grooving to the music.

Jones was visibly animated at being on stage and was enjoying himself as much as the fans on the venue floor. He brandished a pleasant demeanor and flirted with members of the audience in conversation. The major encores closing the band's set were the Zep classic's "Stairway To Heaven" and "Whole Lotta Love". 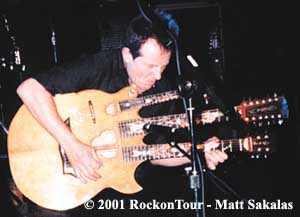 On the road in support of his 1999 release Zooma, this is Jones' first official solo recording. He also composed the film soundtrack to Scream For Help in 1985. Jones may have been keeping a low profile, but that does not mean he has been inactive.

Jones began his musical career performing with his father's danceband. At the tender age of 18, he was hired as a musical director for Andrew Oldham, co-manager of the Rolling Stones. Among his work for Oldham, Jones scored the arrangement for the Rolling Stones December 1967 single, "She's A Rainbow".

Jones has worked with many acts as producer and has recorded as a guest performer on multiple studio releases. Jones was invited by Peter Gabriel to perform on his 1992 disc, Us. Jones also appeared live with Lenny Kravitz on the 1993 annual MTV Music Awards program. 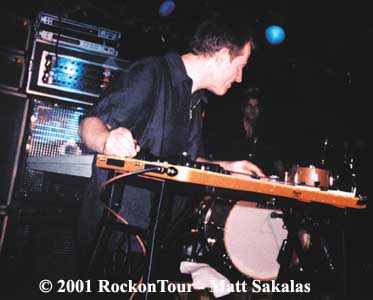 Jones has joined his former bandmates twice for two Led Zeppelin reunion gigs. The first reunion was in Philadelphia for the internationally broadcast Live Aid concert of July 1985. The second reunion gig featured Jason Bonham on drums for the Atlantic Records 40th Anniversary Concert at Madison Square Garden in May 1988.

Page and Plant have recorded and toured together since then sans Jones. A news report stated Sir Paul had asked the three surviving members of Led Zeppelin to join him at the Concert for New York City, but no word neither confirmed nor denied their participation with the Garden fundraising event.

Jimmy Page formed Led Zeppelin in 1968, following the aftermath of his New Yardbirds vehicle. With Robert Plant as vocalist, John Bonham on drums, and Page on guitar, Jones joined on bass. Zeppelin's last official concert was Britain's 1979 Knebworth Festival. Bonham passed away September 1980, as Led Zeppelin was on the eve of a new US tour.

Bonham's last live performance was with Jones and Plant at the Concert for Kampuchea benefit shows hosted by Paul McCartney in London for New Years Eve 1979. Jones would later appear in McCartney's 1984 film Give My Regards To Broadstreet, performing live on camera for the recording of "Ballroom Dancing". 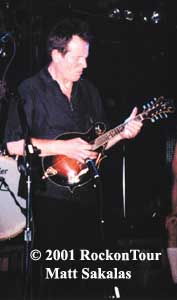