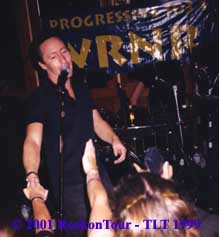 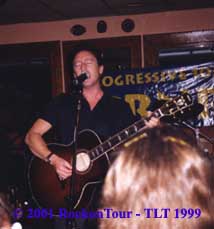 Getting a camera into a concert is not only tricky, but also usually grounds for expulsion. Therefore, it was a pleasant surprise when Julian Lennon permitted members of his audience to take pictures during performances on his 1999 U.S. Photograph Smile Tour.

Lennon's tour schedule included dates in Alexandria, Va; Philadelphia, Pa; and Annapolis, Md. This was his first U.S. tour in a decade since Lennon's 1989 tour promoting the album Mr. Jordan.

Normally taking pictures at a concert is a difficult exercise when trying to avoid detection by security. The lighting usually impairs the ability of the camera to get a decent photograph. Plus, the artist can be yards away making it impossible to get a good picture.

Lennon was playing small venues for this tour and made no complaints about fans taking photos. I didn't bring my camera to the Alexandria gig, but after the concert, Lennon was greeting his fans, posing for pictures with them and signing autographs.

Lennon signed my ticket stub, and we discussed the dedication of the new album in memory of his stepfather. I was absolutely amazed how accessible he was making himself to the fans.

I brought my camera to Philadelphia, but the pictures didn't turn out because the lighting and the distance from the stage hampered proper development of the images. A friend and I waited after the show for Lennon to appear, but he didn't greet the fans after this performance.

The August Annapolis performance was one of the most intimate settings I have ever attended for a concert. Lennon was literally singing into the noses of his fans. Armed with my camera inside the Eastport Clipper, I got some really close photos of Julian Lennon in performance.

Many fans were waiting outside for Lennon to enter his limo after the Annapolis gig. Another friend and I decided to hang and see if he would appear. Female fans had Lennon surrounded as he was getting into the limousine. Since I was taller than many of the women. I simply held out my U.K. compact disc booklet above the heads of the other fans. Lennon signed for me right before his entourage closed the door on the limo.

Avoiding the backs of fans heads is a problem one encounters when trying to get a good shot of the artist without distractions. Many people sneak in cameras to take photos at concerts for personal collections or for profit. The pix pirates know all the tricks to get their equipment inside the venue past security.

Having a decent photo of one of your favorite artists live on stage is a nice way to remember a fantastic concert. Action shots of an artist in performance are always exciting pictures to enjoy again and again. 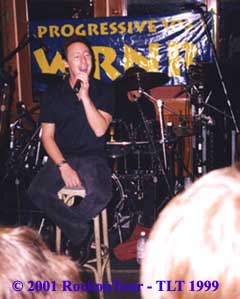 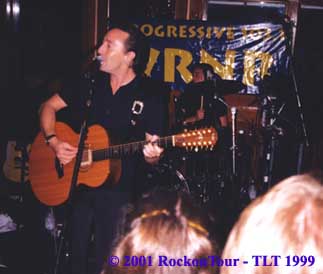 Julian Lennon's performance at the Eastport Clipper only cost $10 for admission. Rarely do fans get to see an artist this close. These pix were taken with my now retired 13 year old Ricoh camera that managed to snap some nice photographs. Lennon performed on stage before a packed crowd in Annapolis, Md, on August 2, 1999.

Julian Lennon is pictured shaking the outstretched hands of fans, playing acoustic guitar, and singing at this intimate venue. Lennon was relaxed and enjoying himself on stage. His smiles of approval encouraged the enthusiastic crowd, and he never complained when flash bulbs burst before him in song. 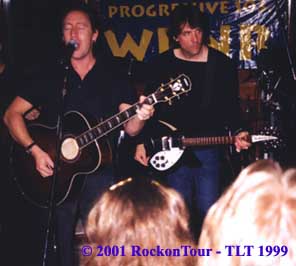 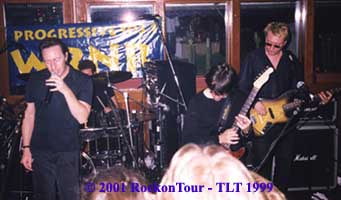 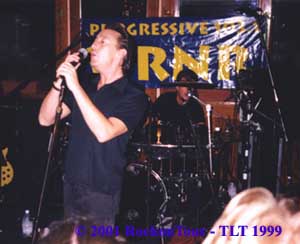