Monkeeing Around as a Career Choice 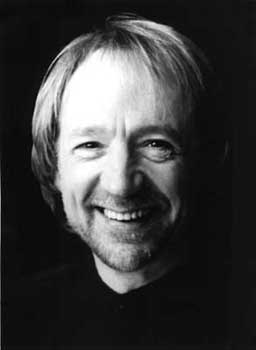 Peter Thorkelson was born February 1942, in Washington, D.C. Thorkelson's family moved to Germany before settling in Connecticut. Young Peter's first musical instrument was the ukulele before he mastered the guitar and banjo.

Tork liked performing before an audience and would abandon his studies later in search of a musical career. Eventually, Peter made his way from the east coast to the west coast. He was advised to audition for a television show in 1965. The new Saturday morning sitcom was a program based on the popularity of the Beatles' A Hard Day's Night feature film.

Peter Tork joined Micky Dolenz, Davy Jones, and Mike Nesmith as the pre-fab four on American television. The Monkees became an overnight sensation with America's youth in 1966. The band dominated the pop charts on both sides of the Atlantic with hit singles and top selling albums.

Originally hired as actors to portray a mop-top quartet on screen, the Monkees decided they wanted to participate in an active role with the music they recorded by composing their own titles and going out on tour as a live band. Tensions arose between the program producers and the Monkees concerning these actions. After two years of unparalleled success, The Monkees was canceled in 1968, with Tork leaving the band in December.

Today, Peter Tork has a very active music career. His solo album, Stranger Things Have Happened, was released in 1994. Tork frequently tours as an acoustical duet with James Lee Stanley. Together, they released the disc, Two Man Band, in November 1996.

Tork's touring band, Shoe Suede Blues, formed to perform at a benefit concert in 1994. The musicians had a great time together and decided to pursue a performance career. The band released Shoe Suede Blues Live in 1999. Their touring schedule has taken them across the U.S. and to Europe. Shoe Suede Blues anticipates entering the recording studio in the near future. 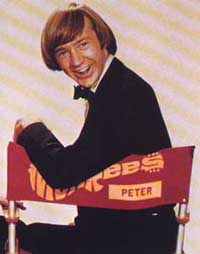 Busking about Greenwich Village in 1963, you developed a loyal following. Are there any favorite memories you have from this period?

What feedback have you gotten from your fans responding to your 1994 solo effort, "Stranger Things Have Happened"?

PT: Well, my fans are universally enthusiastic about it to my face.

How did the formation of Shoe Suede Blues come about?

PT: Tadg, Michael and I were in a circle of friends in common. Tadg invited me to a performance of a blues band he was in, the King Brothers, and he knew of my interest in the blues. When he heard of a charity benefit for a women's halfway house being put on, he thought he and I and some others, including Michael, might make a blues jam band that would make people dance. So we got a drummer and another guitar player and played that and a few other such gigs. We enjoyed ourselves thoroughly, and people did dance, so we figured we were good enough at least to explore doing more. Tadg is something of a go-getter businessman, and he got us a few commercial gigs, and as we got better, Stevie (Gurr) joined us. 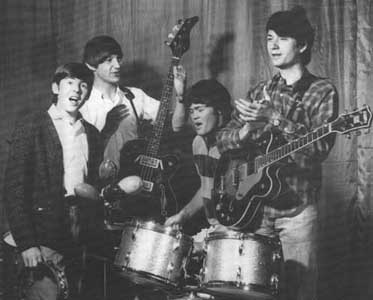 Did Stephen Stills really recommend you for a role as one of the Monkees?

PT: Well, I guess so. More certain is that he recommended the Monkees auditions to me. I went to Hollywood thinking I had an in and found myself in a cattle call (as they're called) without the slightest leg up, so I don't know whether Stephen actually recommended me to them or whether he did and they just didn't connect me with his recommendation.

Do you have a favorite song among those you wrote or sang on the Monkees albums?

The Monkees were hired as television actors, not as musicians. This became a flashpoint of contention when the band expressed its desire to perform on record. How difficult was the struggle for artist control?

PT: Pretty difficult. I'm afraid that all this is so much a matter of public record that I am loath to go into it in detail. 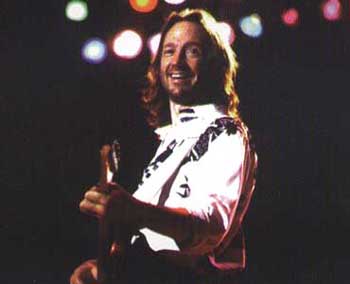 You played guitar and banjo before joining the cast of "The Monkees". With Mike on guitar, Micky on drums, and Davey on tambourine, you handled bass. Was this transition acceptable to you?

PT: I'd have rather played guitar, but I had already played bass in another setting, so I was sort of tapped for the gig by default.

What was the audience reaction to having Jimi Hendrix as an opening act on the Monkees first tour?

The impact the Monkees had on Britain in 1967 was similar to the Beatles invasion of America in 1964. Was this a major boost for the confidence of the band?

PT: Again, this is the first I've heard of that. Are you sure you're not just surmising? I mean, we were welcomed by our fans, for sure, but in my opinion the impact on England by the Monkees compared in no significant way to the Beatles' impact on America. Remember, if you will, that the Beatles were a major voice in music, the biggest since Elvis, as well as pop stars. The Monkees were simply the voices of other songwriters. Nor can I say that it provided a boost to our confidence, but that's because we didn't lack for it before we got there.

What motivated you to buy out your contract as a Monkee and leave the group in December 1968?

PT: Never happened. I simply left the group to pursue my musical ambition. Michael had to return a signing bonus to leave the group later.

"33 1/3 Revolutions Per Monkee" was a television special that became the last original Monkees project you participated in. Did the fans respond to it positively?

PT: Of course the fans did. In case you hadn't noticed, that's the definition of a fan.

Several guest stars appear in the 1968 Monkees movie, "Head". Do you fault the failed promotional campaign as impeding the success of the film?

PT: Well, yes, in a sense. A more accurate view of the matter in my view is that the producers, either consciously or not, wanted the project to fail, and, again whether by conscious intent or not, deliberately designed the publicity campaign to that end.

MTV began broadcasting reruns of "The Monkees" episodes in 1986, fueling a full-fledged Monkees revival. Did you enjoy touring again as a Monkee celebrating the 20th anniversary of the series?

Are you a Monkees memorabilia collector? 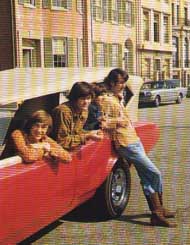 You appeared on episode of "Wings" with the Monkeesmobile, a cool car. Who has that today?

PT: To the best of my knowledge, it belongs to George Barris, who, I am told says that he designed it, which is false; it was designed by Dean Jeffries.

Were you prepared for the pressures of Monkeemania?

PT: No, who could have been?

Are you comfortable with being recognized as a member of the Monkees today?

Comparing the Monkees tours of the 1960s to those in 1986 and 1996, how have improvements in technology helped to present a better live performance for you?

PT: Monitors. I don't have to listen to the direct output of 100-watt amps right behind me. I was able to play a 45 watt amp turned down low, hear my own vocals and enjoy a well-balanced mix on stage. As to whether the performance is better, again, I think you're making assumptions.

Did you enjoy recording the Monkees 1996 reunion album, "Justus"? Your composition "I Believe You" is one of the better tracks on this disc.

PT: Thank you. I learned a lot making that album; I always enjoy the recording process in and of itself if nothing else, and there were some musical high points in addition.

The Monkees 30th Anniversary spawned a reunion album, a tour, and a television special. Are there any plans for future activity as the Monkees?

PT: Nope.  (This interview was conducted prior to organizing the 35th Anniversary Tour.)

You perform as an acoustic soloist and as a member of an electric band. Do you notice any difference between these audiences?

PT: Well, yeah. The acoustic audiences are mostly seated and the electric audiences are much more dancing, or at least on their feet. They're also drinking more, since Shoe Suede Blues tends more to play in bars.

What new musical challenges are on the horizon for you?

PT: My solo album, to be entitled Once in a Blue Moon.

Special Thanks to Bonnie Verrico