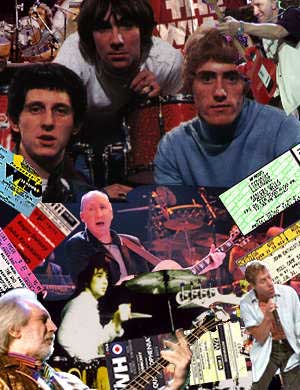 The Who greeted the new millennium with two new live recordings from both the past and the present. Whophiles will revel in the release of historic rock classics rediscovered by BBC engineers as well as new live recordings presenting powerful, professional performances by an energetic Who on stage.

The reputation of The Who was created in the 1960s by Pete Townshend attacking his guitar by flailing away at it with windmill slashes against his guitar strings. Roger Daltrey would give length to his microphone cord, hurling it wildly around himself. John Entwistle simply stood still delivering a resonating bass sound supporting the music while Keith Moon demolished his drum kit in conjunction with Townshend smashing his guitar to bits on stage at the conclusion of their set.

One of the top five British rock bands of all time, Who concerts are legendary. The Who themselves are legends. The three surviving members began playing together in 1962. They did not acquire their drummer, the late Keith Moon, until 1964, which included two name changes from The Detours and The High Numbers. After releasing their first vinyl single in 1964, the quartet resumed live performances as The Who, and the rest is rock history. 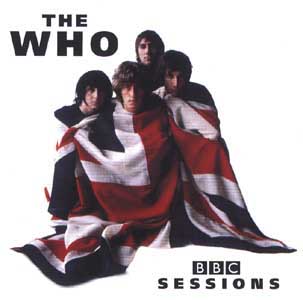 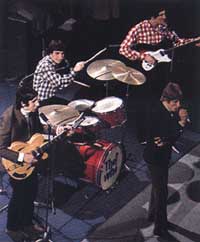 BBC Sessions from MCA Records features recordings of The Who originally taped for broadcast over BBC Radio from 1965 through 1970, with two tracks from BBC-2 television in 1973. A recurring intrusion throughout the disc is BBC Radio host Brian Matthew's comments which were laid over the music in the master tapes.

Not one, but two BBC versions of "Substitute" from 1966 and 1970 are presented. A Daltrey original Who composition, "See My Way", is a rare treat found on this compilation. Entwistle's lone contribution is the Who classic, "Boris The Spider". Townshend actually flubs his live vocal during "Long Live Rock" taped on The Old Grey Whistle Test television program.

Most notably, one understands the band's moniker "Maximum R&B" from several of the cover songs captured in this collection from early in their career. "Good Lovin", "Dancing In The Streets", "Leaving Here", and "Just You And Me, Darling" spotlight the band's vocal harmonies on these dusty Motown tunes.

Live At The BBC on Polydor boasts seven extra recordings from the BBC Radio archives and an excerpt of an interview with Pete Townshend from 1969. Best Buy offered this bonus companion disc when BBC Sessions was purchased in their music department.

This added disc has some outstanding Who material. John Entwistle's "Heaven And Hell" is in rough mix form. This raucous song was the opener for Who concerts in the early 1970s. "I Don't Even Know Myself" is a 1971 B-side from the aborted Lifehouse sessions. This song was adapted for performance during the 2000 U.S. Tour. 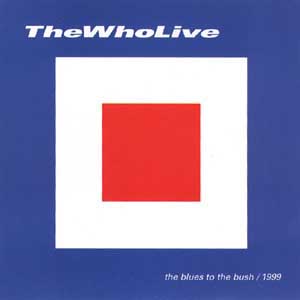 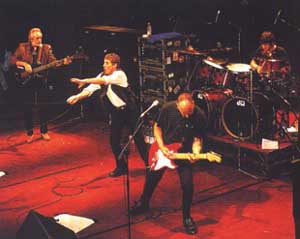 the blues to the bush is an internet-only release from musicmaker.com available exclusively online. Townshend decided to utilize modern media technology to release this new live Who disc. Breaking with tradition by having The Who sign a record deal, this advantageous arrangement allows The Who to directly market their product to the public without a contract binding them to a record company.

Daltrey opens this disc with a prophetic remark, "We are home". Many of the songs have been released as live versions. The difference with these new recordings is the energy projected by the band in thundering numbers like "The Real Me", "Who Are You", "Magic Bus", "Pinball Wizard", and their 1981 single "You Better You Bet". No Whophile will be disappointed with these recordings.

One of rock music's greatest classics ever recorded, "My Generation", is an extended jam displaying the defiance of a band refusing to die before it gets old. "Boris The Spider" and "My Wife" both showcase the vocals and lighting bass runs of John Entwistle. An incredible bass solo is laid during an extended version of "5:15".

Some of the more uncommon material includes "Pure And Easy" with Roger and Pete switching their vocal parts, and two early Who singles "Anyway Anyhow Anywhere", and "I'm A Boy". The Who's live version of "After The Fire" is the first time the band has recorded this song, composed for Live Aid in 1985.

The Who have stripped down to a five-piece band for these intense live performances. The trio is joined on stage by keyboardist John 'Rabbit' Bundrick and the son of Ringo Starr, Zak Starkey; a phenomenal drummer with an uncanny ability to recreate the percussive drum sound of the late Keith Moon.

Uploading 20 bombastic Who classics from performances in Chicago and London, muscimaker.com permits the Whophile to pick and choose which songs to appear on a customized compact disc selected by the individual online. Buying the complete double-disc offer is the best option to enjoy the wealth of live material presented by The Who.

The Who concluded tours in the US and U.K. in 2000 and are anticipated to tour Europe in 2002. The buzz about the band is whether or not they will head into the studio to record their first album since 1982's It's Hard. If these performances are any indication of their renewed proficiency, Whophiles can only hope they do so. The audience and media agree The Who stole the show during their appearance at the Concert for New York City on October 20.

The Who portrayed guest voices on Fox's 2000 season premiere of The Simpsons. Cybercast live over the internet, The Who appeared at iBash sponsored by pixelon.com in October 1999, at the MGM Grand Garden. Embracing new technologies is an attraction for this classic rock band, allowing them to cover new ground in their established career.