Peter Tork, Davy Jones, and Micky Dolenz have preserved the modern Monkees on disc with Live Summer Tour. An alternative presentation is also available on DVD under the same title. The Monkees were captured on stage during their 35th Anniversary Tour in 2001.

The Monkees were supported on stage by an eight piece band, which lifted these Monkees classics with that necessary measure of musical magic. Their first hit single from 1966, "Last Train To Clarskville", opens Live Summer Tour. The Monkees are in fine form with this strong rocker, which features Dolenz on lead vocals.

Jones belts out "Valleri" with gusto. Guitarist Wayne Avers goes to town on the lead guitar solo. Tork handles lead vocals on his psychedelic "Can You Dig It?" that showcases the four piece horn section and rhythm section in complimentary passages.

Dolenz sang the lion's share of material on Live Summer Tour. He delivered a spirited vocal on "I'm A Believer" and let loose on the love-torn rocker "(I'm Not Your) Steppin' Stone". Tork's second contribution to the disc is the peace & love relic "For Pete's Sake", aided by a subtle swing-arrangement.

Dolenz turned in a strong vocal for "That Was Then, This Is Now", their 1986 hit single. The support band backed Dolenz on a cool medley, which segued "Porpoise Song (Theme from Head)" into a Nesmith original "Listen To The Band". Dolenz ends the disc with the pop-rocker "Pleasant Valley Sunday".

The three Monkees reunited for their first tour together in 1986 on their 20th Anniversary after MTV revived interest in the `60's teen pop idols. Mike Nesmith joined the group for a tour of England in 1987. The three Monkees launched another reunion tour in 1996 for their 30th Anniversary. Nesmith participated on The Monkees 1996 reunion album Justus and companion television special.

The Monkees 35th Anniversary Tour featuring Dolenz, Jones, and Tork came to the 9:30 Club in Washington, DC, on Sunday, March 14, 2001. One of the tour highlights was their unplugged performance segment. The Monkees were always derided for having had a ghost band perform on their records, but only the trio of musicians were up on that stage.

Missing from this disc are comical spoken bits that the individual Monkees share with their fans. One Micky moment was his recollection of Jimi Hendrix who had opened on The Monkees first tour in 1967 to very unenthusiastic audiences. Dolenz promptly launched into an abbreviated version of "Purple Haze", which the band should have considered as a complete number for their act.

During his introduction of "Girl", Davy related humorous memories of his appearance on the 1970s sitcom The Brady Bunch. His episode featured an encounter with Marcia Brady. Jones stated he wished his interaction had amounted to more than an on-screen cameo. 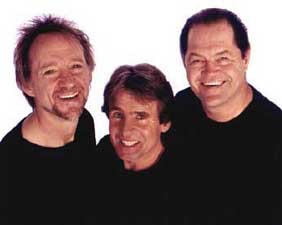