Bootleg Kings - Travlin' Band is the third volume of the Bootleg Kings, a.k.a. the Rhythm Kings. For those who enjoy good time fun with an old fashioned boogie woogie band, then live Rhythm Kings is just what the doctor ordered on this Dirt Boys production.

This third collection of live Bootleg Kings was released online May 2002. All eleven tracks were recorded during a 2001 Summer Tour of the United Kingdom. The outstanding musicianship of the Rhythm Kings surpasses all expectations and is best experienced live on stage.

"Walking One And Only" is a jaunty rocker featuring the smooth vocal style of Georgie Fame. Janice Hoyte and Beverley Skeete contribute harmony and back-up vocals to give the song a lift. Albert Lee delivers a scratch and pick guitar solo.

Mike Sanchez, an on-again-off-again vocalist with the band in the studio and on the road, sings lead vocals on "Jitterbug Boogie". Sanchez exclaims, "Yeah, let's rockawhile!", before kicking off this boogie woogie Rhythm Kings original composed by Bill Wyman and Terry Taylor.

Janice Hoyte begins "This Little Girl's Gone Rocking" with a soft vocal intro that bops into swing after a drum pop by Graham Broad. Fame howls and Hoyte lets out a slight giggle as the Rhythm Kings launch into song. The horns, guitars, and keyboards all swing in unison on this track.

One of the most spectacular performances the Rhythm Kings perform in their repertoire is "I Put A Spell On You", featuring Beverley Skeete on vocals. The band blisters on stage with Skeete belting out lead vocals, and Martin Taylor tearing off a guitar solo before a sax solo by Frank Mead burns on its heels.

Mike Sanchez and the Rhythm Kings turn in a lengthy live version of "Tell You A Secret", the second and final Bill Wyman and Terry Taylor original to grace volume three. The Rhythm King ladies provide vocal harmony support as the band chugs along in this country-western flavored rocker.

Two versions of "Makin' Whoopie" appear on Bootleg Kings - Travlin' Band. The first take is a vocal duet by Georgie Fame and Beverley Skeete that features Martin Taylor supporting them on electric guitar. The second Fame/Skeete duet was recorded in Taylor's absence as Fame provides melodic organ. Both versions are mellow performances that include a tulip tiptoe interlude.

The Rhythm Kings have tour dates scheduled for 2003 in Europe and England. A fifth studio album is also anticipated next year. Their first live volume, Bootleg Kings - Live In Europe, was released April 2000. Bootleg Kings - Ride Again, a second live disc, followed in May 2001.

The big buzz for Stones fans is Bill Wyman's admission of his desire to perform with his his old mates, the Rolling Stones, on their current Licks World Tour when it reaches England in 2003. If and when this occurs, seeing the remaining founding members of the Stones together live on stage again is going to be a major musical milestone not to be missed.

Wyman has stated in interviews he believes this could be the last time and is itching to play bass on stage with them one more time for nostalgia as the Stones are celebrating their 40th Anniversary together. Wyman's last performance with the Rolling Stones was on August 25, 1990, closing the European Urban Jungle Tour on the Steels Wheels stage in London at Wembley Stadium.

Wyman's love of R&B has taken him on a musical journey that did not end with his departure from the Rolling Stones. With a desire to record and perform the music he enjoys most, this impulse lead to the formation of his Rhythm Kings. Wyman was pleasantly surprised when the band's popularity caught on with British and European audiences. 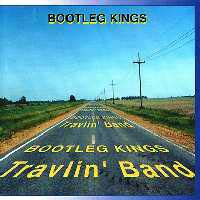