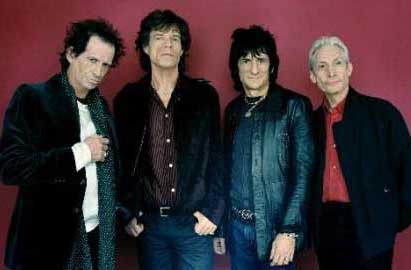 The Rolling Stones stepped into the 21st Century as a performing unit on Friday, August 16, 2002. In what is appearing as a tour rehearsal tradition, the Stones held an impromptu club gig at the Palais Royale Ballroom in Toronto, Ontario. Toronto has been the host city for Rolling Stones tour rehearsals for the Voodoo Lounge Tour in 1994, and the Bridges To Babylon Tour in 1997.

Five major Stones pieces turned up in their Palais Royale Ballroom setlist, signaling the band is ready to dust off numbers they have not played in decades; "Can't You Hear Me Knocking", "Heart Of Stone", "If You Can't Rock Me", "Stray Cat Blues", "Torn And Frayed". Other notable numbers include "Hot Stuff" (performed once recently in 1994) and a cover of "I Can't Turn You Loose".

The Rolling Stones have played pre-tour warm-up gigs as a way to test the waters with an actual audience after weeks of rehearsals before launching a major tour. The Stones first trial performance was for their Tattoo You Tour in 1981. The band appeared at Sir Morgan's Cove in Worcester, Massachusetts, on September 15, 1981. The set consisted of 22 songs.

The group's next showroom spin took place before the Steel Wheels Tour at Toad's Place in New Haven, Connecticut, on August 12, 1989. The playlist was only 11 songs. The Stones association with Toronto began with an apprearance at the El Mocambo on March 4, 1977, and again on March 5, 1977. 21 songs were performed both nights. Four of these numbers turned up on side three of Love You Live, released in 1977.

The Rolling Stones are mixing it up for their 40th anniversary 2002/2003 World Licks Tour. Their schedule includes concerts in perfromance at arenas, stadiums, and theaters. The Club Gig tickets are the hottest ticket going right now. Prices are skyrocketing at online auctions and by private profiteers.

The Horseshoe Tavern - Thurday, September 4, 1997
Little Queenie * Honky Tonk Women * 19th Nervous Breakdown * You Got Me Rocking * Under My Thumb * Little Red Rooster * Miss You * Out Of Control * The Last Time * Start Me Up * Jumpin' Jack Flash * Brown Sugar [encore]