No Moss after Four Decades
Michael Philip Jagger in performance 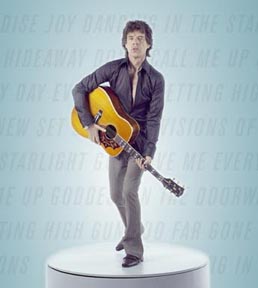 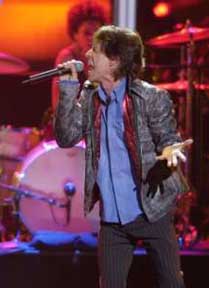 With what appears to be Mick Jagger's singular live musical promotion for his new disc Goddess In The Doorway, the chief Rolling Stone delivered a mini-set on Thursday, November 15, 2001, at the El Rey Theater in Hollywood, California. Portions of this performance were taped for inclusion on the Being Mick ABC Television Special broadcast on Thanksgiving Day 2001.

"God Gave Me Everything" was the lone live song aired from the El Rey gig, which closed the Being Mick program. Jagger was in classic form, strutting about the stage like a rooster stoned on viagra. Young women were clawing at Jagger's legs whenever he approached the edge of the stage. As the camera panned the audience, he was clearly the object of desire by all of the wanna-be starlets vying for his attention.

Goddess In The Doorway was released by Virgin Records on November 20. The disc contains 12 tracks with a delayed segment of incidental music of Jagger on piano. The Jaggmeister appeared on the December 8 NBC broadcast of Saturday Night Live, performing "God Gave Me Everything" and "Visions Of Paradise". Hopefully, this is a sign he may decide to commit to a brief solo tour in 2002.

Jagger promoted his new single "God Gave Me Everything", singing live at the VH-1 Music Awards on December 1. A cameo was erroneously announced on ABC network commercials stating Jagger would appear at the third annual Radio Music Awards in Las Vegas on October 26. He canceled an October 21st appearance at the United We Stand benefit in D.C., but performed with fellow Glimmer Twin Keith Richards on October 20 at the Concert for New York City.

Jagger has been conducting relentless promotional junkets, meeting with international media for magazines, radio, and television exposure. MickJagger.com was recently launched by the Czar of the Mega-tour to embrace new technologies, promoting an internet presence to his legion of fans online in the global cyber community. Virgin has even commissioned a television commercial displaying an # 800 to order Goddess In The Doorway over the phone.

This is Jagger's first new solo disc in eight years since Wandering Spirit on Atlantic Records. Jagger also scheduled only one promotional concert for that album as well in 1993 at Webster Hall in NYC. Some media reviews are hailing this disc as Jagger's best work since 1978's Rolling Stones album Some Girls. Who guitarist Pete Townshend actually requested to perform on the disc, stating it is Jagger's best solo release to date.

A bonus track of "If Things Had Been Different" appears on the Japanese album issue. Jagger is selectively releasing additional out-take tracks in markets across the globe. "God Gave Me Everything" the debut CD single off the disc, features the bonus track "Blue", which premiered on a syndicated radio program on November 11 over WIYY 98 Rock in Baltimore. Other studio extras include "Don't Stop Moving", "Read My Lips", and "Keep On Jumping". 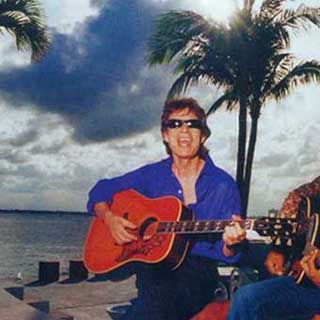